This is the incredible sound recording beamed back to Earth from Voyager 1 as it crossed a new frontier, becoming the first spacecraft ever to leave the solar system.

The rising tones NASA observed are made by the vibration of dense plasma or ionised gas and were captured by the probe’s plasma wave instrument.

Speaking in a news conference, Don Gurnett, principle investigator for the Voyager plasma wave investigation, said: ‘When you hear this recording, please recognise that this is an historic event. It’s the first time that we’ve ever made a recording of sounds in interstellar space.’ 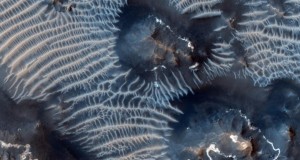