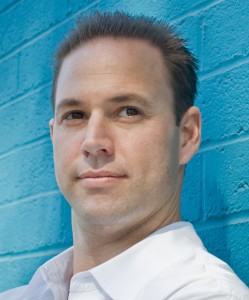 Jason discusses about the lost cycle of time.

For over 15 years, Mr. Jason Martell has been one of the leading researchers and lecturers specializing in ancient civilization technologies. Mr. Martell’s research has been featured worldwide on numerous television and radio networks such as The Discovery Channel, The History Channel, Sci-Fi Channel, the BBC and others.

Most recently, Mr. Martell garnered worldwide attention by recreating a working model of one of science’s most profound mysteries – the “Baghdad Battery.” Residing in the National Museum of Iraq, the discovery of this 2000 year old device suggests the modern day battery was not invented in 1800 by Count Alassandro Volt, but was invented almost two millenia earlier. Mr. Martell’s recreation was instrumental in proving the Baghdad Battery was capable of generating current.

Lecturing throughout the world, Mr. Martell has dedicated his studies to ancient artifacts and the Sumerian culture by using the latest in scientific research, supporting evidence and data. He corroborates his findings with principal scholars such as Zecharia Sitchin and Naval astronomer, Dr. Robert Harrington. Mr. Martell holds regular discussions with NASA scientists on the subject of Planet X, Ancient Astronauts and the structures on Mars.

Due to growing interest in his research, Mr. Martell created a network, of what is now, one of the world’s most visited websites attracting over 1 million new visitors each year. The website ranks in the “Top 10” most visited paranormal websites on the Internet according to Google.

Today, Mr. Martell is working in his next scientific recreation of ancient technology based upon data obtained from Sumerian cuneiform cylinder seals from 3000 BCE. He is also in the planning stages of several groundbreaking international research expeditions. The expeditions focus on gaining access to ancient Sumerian artifacts, and other archeological relics not currently accessible to the public. By bringing worldwide attention to these hidden artifacts, Mr. Martell hopes to usher in a new era in the Ancient Astronaut theory and the Lost Cycle Of Time.