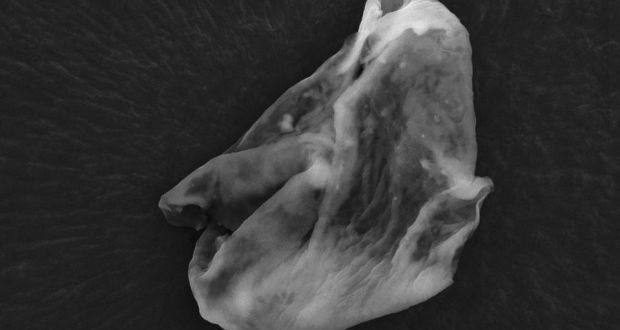 Our hopes of finding life on Mars were trashed after NASA’s Curiosity rover found no traces of methane on the red planet. However, a new study from the University of Sheffield assures us that there might be life beyond earth. The team, led by Professor Milton Wainwright has found microbes, which they believe, could have come only from space.

The “alien microbes” were found on a specially designed balloon that was sent 27 km or 16 miles into the stratosphere during the recent Perseid meteor shower.

“Most people will assume that these biological particles must have just drifted up to the stratosphere from Earth, but it is generally accepted that a particle of the size found cannot be lifted from Earth to heights of, for example, 27 km. The only known exception is by a violent volcanic eruption, none of which occurred within three years of the sampling trip,” Wainwright said.

And since there are no other events explaining the presence of microbes out in space, researchers believe that these microbes could be the proof that life exists elsewhere.

“Our conclusion then is that life is continually arriving to Earth from space, life is not restricted to this planet and it almost certainly did not originate here,” Wainwright added, according to a press release.

The balloon used in the study was designed by Chris Rose and Alex Baker from the University of Sheffield’s Leonardo Centre for Tribology. It had microscopic studs that were only exposed when the balloon ascended to a height of 22 to 27 km. The balloon was launched near Chester and landed safely near Wakefield.

Analysis of the trapped particles on the studs showed that they had found a diatom fragment and some other biological forms that are all too large to have come from earth.

Researchers said that they had taken precautions against contamination and maintain that both sampling and processing occurred in a sterile environment. The team is confident that the organisms have come from outer space.

Wainwright and colleagues are excited about the discovery. “If life does continue to arrive from space then we have to completely change our view of biology and evolution,” Wainwright added. “New textbooks will have to be written!”

Previous research supports the idea that life or compounds necessary for building life might have hitched a ride on comets or meteorites.

The team will be sending another balloon in October during the Haley’s Comet-associated meteorite shower. Researchers are aware about the controversy the study will generate and they welcome interest in the research.

“The absolutely crucial experiment will come when we do what is called ‘isotope fractionation’. We will take some of the samples which we have isolated from the stratosphere and introduce them into a complex machine – a button will be pressed. If the ratio of certain isotopes gives one number then our organisms are from Earth, if it gives another, then they are from space,” Wainwright said.” The tension will obviously be almost impossible to live with!”

Their study is published in the Journal of Cosmology.