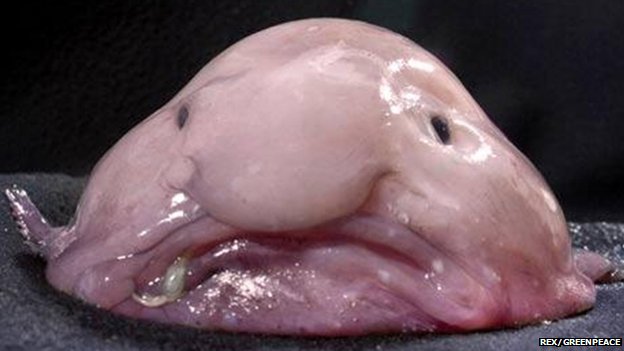 The grumpy-looking, gelatinous blobfish has won a public vote to become the official mascot of the Ugly Animal Preservation Society.

This gives the fish the unofficial title of world’s ugliest animal.

The society began as a science-themed comedy night and devised its mascot campaign to draw attention to “aesthetically challenged” threatened species.

The winner was announced at the British Science Festival in Newcastle.

The blobfish tops a list that includes the huge-nosed proboscis monkey, the similarly afflicted pig-nosed turtle, an amphibian affectionately known as a “scrotum frog” and pubic lice.

Biologist and TV presenter Simon Watt, president of the Ugly Animal Preservation Society, said he hoped the campaign would draw attention to the threats facing these weird and wonderful creatures. 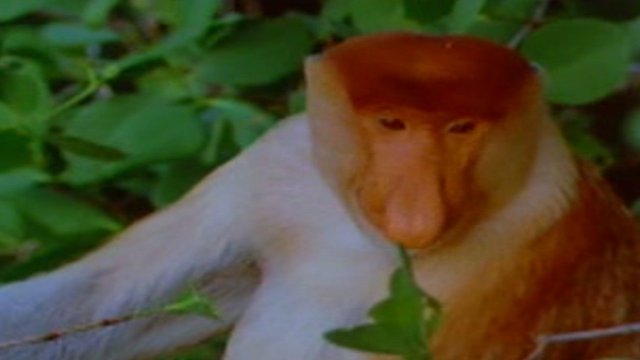 In the 1988 BBC One programme Odd Noses of Borneo, Sir David Attenborough addresses the question of exactly why the endangered proboscis monkey has such an oversized nose

“Our traditional approach to conservation is egotistical,” he told BBC News.

“We only protect the animals that we relate to because they’re cute, like pandas.

“If extinction threats are as bad as they seem, then focusing just on very charismatic megafauna is completely missing the point.

“I have nothing against pandas,” he added, “but they have their supporters. These species need help.”

Mr Watt said he hoped the vote would also bring a lighter side to conservation.

“It’s the most depressing type of science to be involved with,” he said. “It’s basically working out: What died today?”

For this campaign, Mr Watt worked with comedians, each of whom created a campaign message on YouTube for their chosen creature. The society asked the public to vote for their favourite. 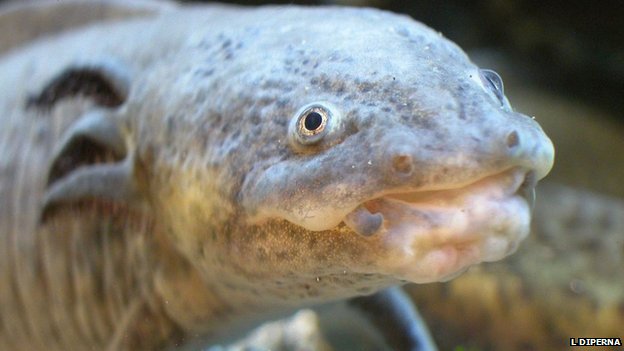 The bizarre creature lives off the coast of south-eastern Australia and Tasmania, at depths of between 600 and 1,200m, where atmospheric pressure is several dozen times higher than at sea level.

Its gelatinous body is just slightly more dense than water, and it spends its life “bobbing around” in the depths.

It feeds on crabs and lobsters and so suffers a significant threat from fishing trawlers. Although it is inedible itself, it gets caught up in the nets. 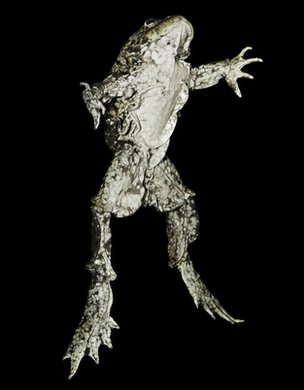 Other animals on the shortlist face similar threats to their habitats and Mr Watt hopes that this campaign will highlight the fact that conservation should focus on the protection of habitats rather than specific species.

The remaining animals in the top five were:

Carly Waterman from the Zoological Society of London’s Edge species programme, which aims to highlight and conserve evolutionary “one of a kind” species, praised the campaign, saying it was important to raise awareness of less “traditionally charismatic animals”.

“A large proportion of the world’s biodiversity is being overlooked,” Dr Waterman told BBC News. “So flying the flag for these species is a really positive thing.”

The campaign was run in conjunction with the National Science and Engineering Competition.