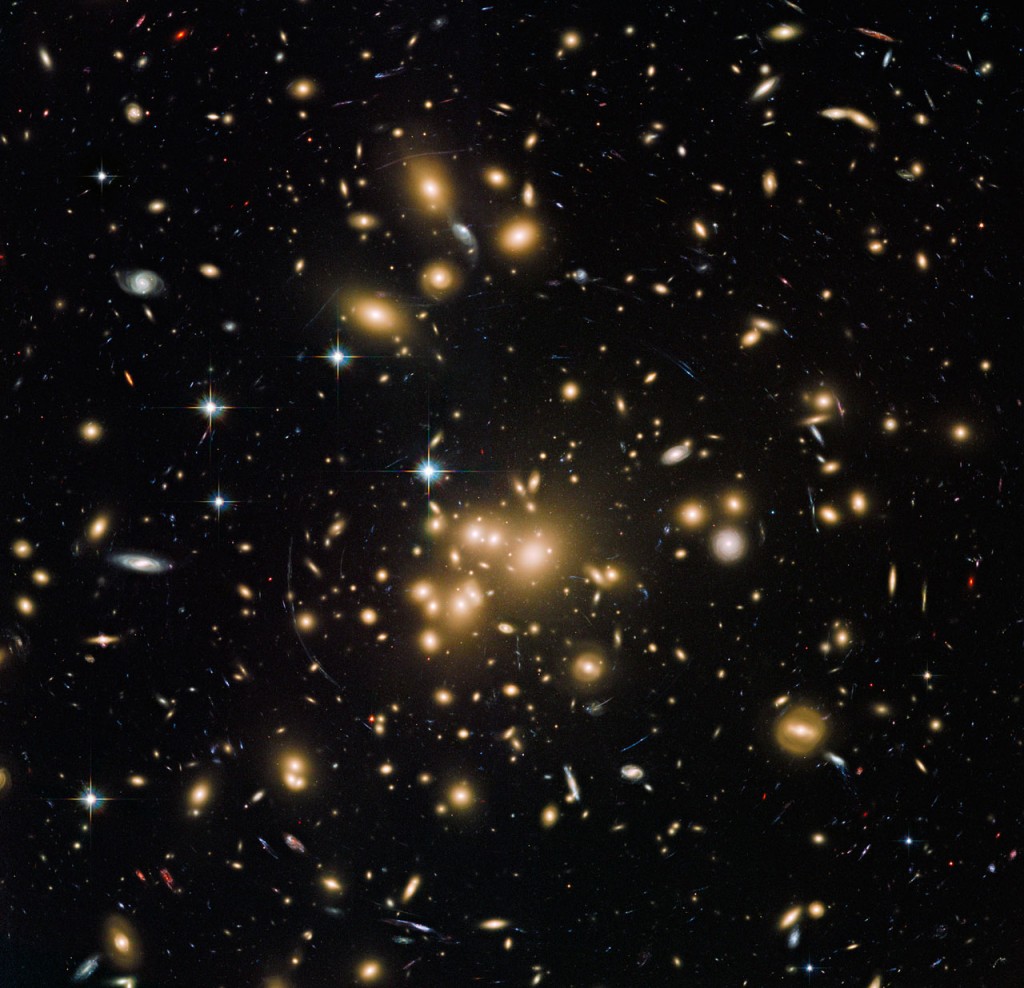 A new image from NASA’s Hubble Space Telescope shows an enormous collection of galaxies and star clusters in stunning detail.

Hubble spied 10,000 or so of the estimated 160,000 globular star groupings thought to reside in the huge galaxy cluster Abell 1689, which lies about 2.25 billion light-years away from Earth. For comparison, our own Milky Way galaxy has only about 150 globular clusters, which are spherical clumps of old stars tightly bound by gravity.

— could help shine a light on dark matter in the galaxy cluster’s region. Dark matter is a mysterious substance believed to make up much of the universe but which can only be seen through its effects on other objects.