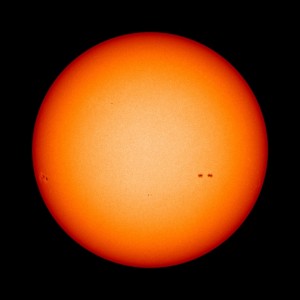 Almost every measure of solar activity flatlined over the weekend. The event, though not unprecedented, is odd considering that our local star has just passed what is supposed to be the peak of its solar cycle, when activity is at its highest.

“It really underscores this solar cycle playing out as being pretty benign,” said Robert Rutledge, lead of the forecast office at the NOAA/National Weather Service Space Weather Prediction Center. “This has been by any measure a really pretty quiet cycle, and I think we shouldn’t expect the second half to be any different.”

The sun goes through a natural 11-year variation called the solar cycle. Periods of high activity generally coincide with increased numbers of sunspots and energetic bursts such as flares and coronal mass ejections. Before it started, scientists’ predictions for this solar cycle ranged from very eventful to rather lackluster.

Considering that this solar cycle is the weakest in more than a century, some researchers are already predicting that it could be the start of an ebb in overall activity, with several more low cycles ahead. The website spaceweather.com, which monitors the sun’s activity, also suggested that this lull could signal a double-peaked solar cycle whose valley we are currently experiencing. But Rutledge pointed out that our fundamental understanding of how the sun works is still incomplete. The sun could remain quiet or an uptick in activity, including the possibility of extreme space weather, could come at any time.

This weekend’s low activity is within the variation that the sun normally experiences and scientists don’t really know what its underlying cause might be. A particular snow storm on Earth can be attributed to moving weather fronts, said Rutledge, but we don’t have that detailed of an understanding of what drives changes on the sun. Within a week or so, solar activity should return to normal.