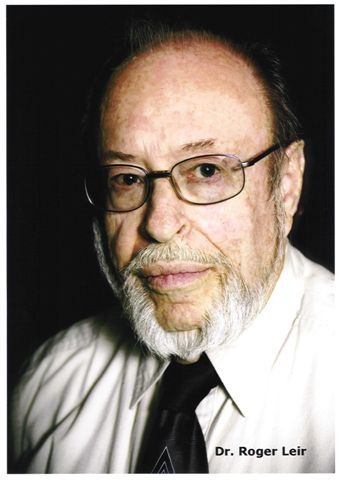 Dr. Roger K. Leir, author of the Aliens and the Scalpel-First and Second Edition, “UFO Crash in Brazil”, “Casebook Alien Implants”, “Chopped Liver” and three other books published outside the United States, including “Implantes Alienegenas” published in Portuguese in Brazil, and “Ovnis and Implants” published in France by Le Mercure Dauphinois.

It has been said that Dr. Leir is one of the world’s most important leaders in physical evidence research involving the field of Ufology. He and his surgical team have performed fifteen surgeries on alleged alien abductees. This resulted in the removal of sixteen separate and distinct objects suspected of being alien implants. These objects have been scientifically investigated by some of the most prestigious laboratories in the world including Los Alamos National Labs, New Mexico Tech, Seal Laboratories, Southwest Labs, the University of Toronto, York University, and the University of California at San Diego. Their findings have been baffling and some comparisons have been made to Meteorite Samples. In addition some of the tests show metallurgical anomalies such as highly Magnetic Iron that is without crystalline form, combinations of crystalline materials mixed common metals, growth of biological tissue into or out of metallic substances, as well as isotopic ratios not of this world. Dr. Leir has also been involved in investigations of other areas of Ufology involving physical evidence. He has traveled to Brazil and performed exhaustive research into the Varginha, Brazil case. In 2003 Dr. Leir worked with one of the worlds leading geneticists and the National Institute for Discovery Science (NIDS) on a DNA study pertaining to evidence collected in a famous California Alien Abduction Case. Dr. Leir was a recent participant (NOV. 2007) in an international press conference held at the National Press Club in Washington D.C. Evidence from thirteen Military officers, pertaining to their experiences with UFO’s was presented to a worldwide media.

Dr. Leir is a Podiatric Surgeon, who has been in private practice in Ventura County, California, for the past 43 years. Dr. Leir anticipates performing more surgeries in the future and is investigating the physiological and biological aspects of the Alien abduction phenomenon. He has recently formed a 501(C) 3 non-profit organization for this purpose called “A &S Research Inc.”

OSTP Report Given to President Obama