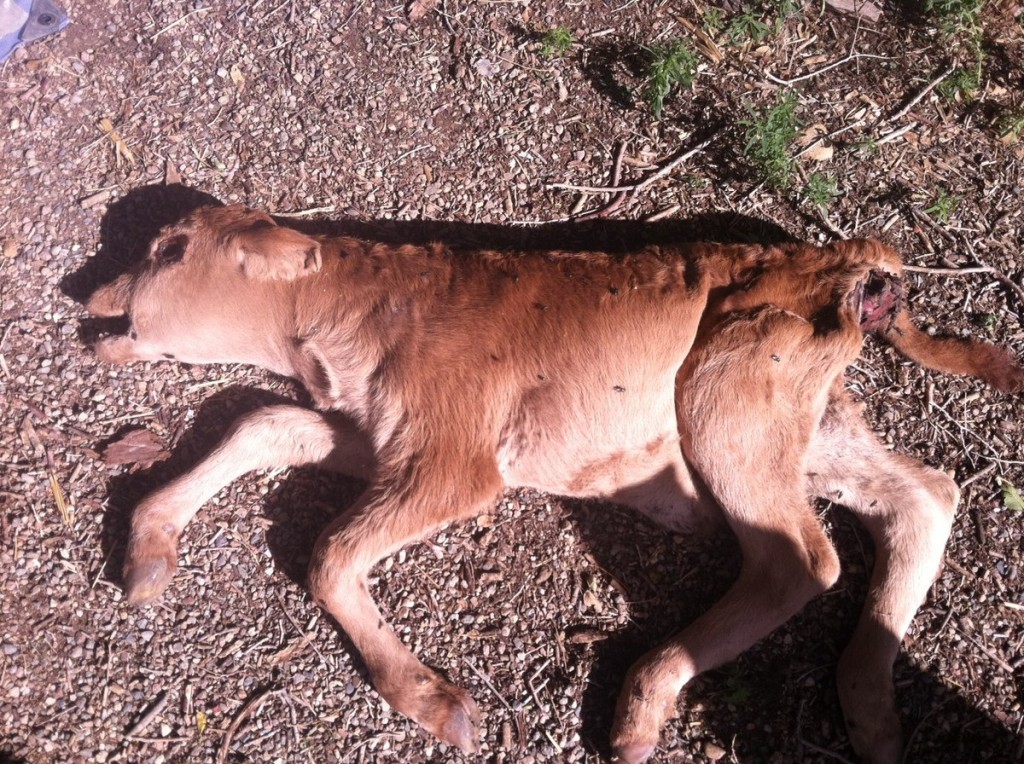 What he doesn’t know is what has periodically been mutilating and killing selected animals in his herd since 1999.

“There’s so many things I don’t understand about it, and no one seems to be able to explain it either,” Miller says on the Sept. 4 episode of the “The Unexplained Files,” a Science Channel series airing Wednesdays.

Hundreds of cattle mutilations have been reported in the U.S. since the early 1960s, but Miller was still shocked when it began happening to his herd 14 years ago.

“First, I thought [the cow] had died naturally, and then I got closer to it and I could see it wasn’t natural,” he said. “The eyes were gone, the tongue was gone. The ears were gone. The sex organs were cut out. It was just kind of weird.”

Miller remains perplexed about other aspects of the mutilations as well: The animals are cut with precision, like with a laser, and there has never been a trace of blood around the animals or body parts strung about.

“It sounds like science fiction,” he concedes on the episode. “But [humans are] doing things like gene splicing, so the theory is that someone far advanced of us is doing something similar.”

Chris O’Brien, who has researched cattle mutilations for two decades, disagrees with that theory.

“Why would some non-human intelligence come light years to the pastures of the planet to gather ingredients for lip and testicle stew?” he asked. “It just doesn’t make sense.”

A more likely answer, he believes, is that the killings are conducted by an unknown agency monitoring the food chain to prevent another outbreak of Bovine Spongiform Encephalopathy — commonly known as “Mad Cow Disease” — that plagued England in 1996.

Although many of the affected animals were destroyed, their bodies were turned into fertilizer, much of which was shipped around the world. O’Brien said it’s possible the Mad Cow Disease prions weren’t destroyed in the process. He thinks someone is killing and testing selected animals to make sure there isn’t another outbreak.

Some animal experts, such as Colorado-based vet Truman Smith, don’t believe there is any great mystery behind the mutilations — just the work of animal predators.

“I can see why people think it’s something more than just predators, but it’s always amazed me how smooth a job they can do,” Smith said on the episode.

However, as Miller points out, “Predators don’t drink 11 pounds of blood and leave the carcasses intact.”